You are here: Home › About

To exemplify the life’s work of Regis F. Groff, the mission of the Regis F. Groff Foundation (RFGF) is to continue the legacy of public service, the passion for education and the unyielding determination to help young people change the trajectory of their lives and their world. 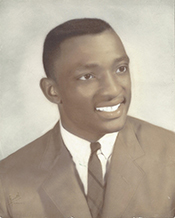 The goal of RFGF is to foster a new generation of leaders who will work to improve the world around them. RFGF will financially assist graduating students from Denver Public Schools who have exhibited a genuine interest in government and public policy. RFGF will also assist African American males who will pursue a career in education.

Senator Regis F. Groff was born April 8, 1935 in Monmouth, Illinois. Regis graduated from Monmouth High School and served four years in the United States Air Force. Upon his honorable discharge from the Air Force he attended Western Illinois University (Macomb, Illinois) and received a Bachelor of Science degree in Education in 1962. In 1972, he received a Master’s degree in Secondary Education (History) from the University of Denver. Regis attended the Program for Senior Executives in State and Local Government at the John F. Kennedy School of Government, Harvard University, in 1980. 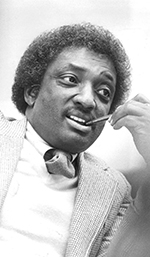 Regis was elected to the Colorado State Senate in 1974 to fill the two remaining years of the Senate seat vacated by Lieutenant Governor George L. Brown. He was elected to his first full four-year term in 1976 becoming the second African American State Senator in Colorado History.  After the 1976 election, Regis was elected Assistant Minority Leader by his colleagues. In 1977, he joined 18 other African American State Legislators to create the National Black Caucus of State Legislators (NBCSL).  In 1978 and again in 1980 he was chosen Senate Minority Leader, becoming the first African American to hold this leadership position.

As a Senator, Regis pushed Colorado to divest itself from business relationships with the apartheid regime of South Africa. He also lobbied for national gun control. One of his proudest moments as a legislator came in 1984, when he persuaded the Senate to pass a bill making Martin Luther King, Jr.’s birthday a state holiday.

Throughout his entire career in public service Regis believed that government should be a tool used to ensure a better life for all Americans and to accelerate the completion of the American promise for equal opportunity for all. As a lifelong teacher and educator Regis believed that education was the most powerful weapon a person can obtain to change the trajectory of one’s life.

Each year the Review Committee of RFGF will select graduating seniors from high schools in Denver Public Schools who have shown a genuine interest in government and public policy. The Review Committee will also grant awards to select African American males who are or will be studying to become educators. The students will receive a monetary gift to help offset the cost of college and will participate in a one-day leadership seminar.